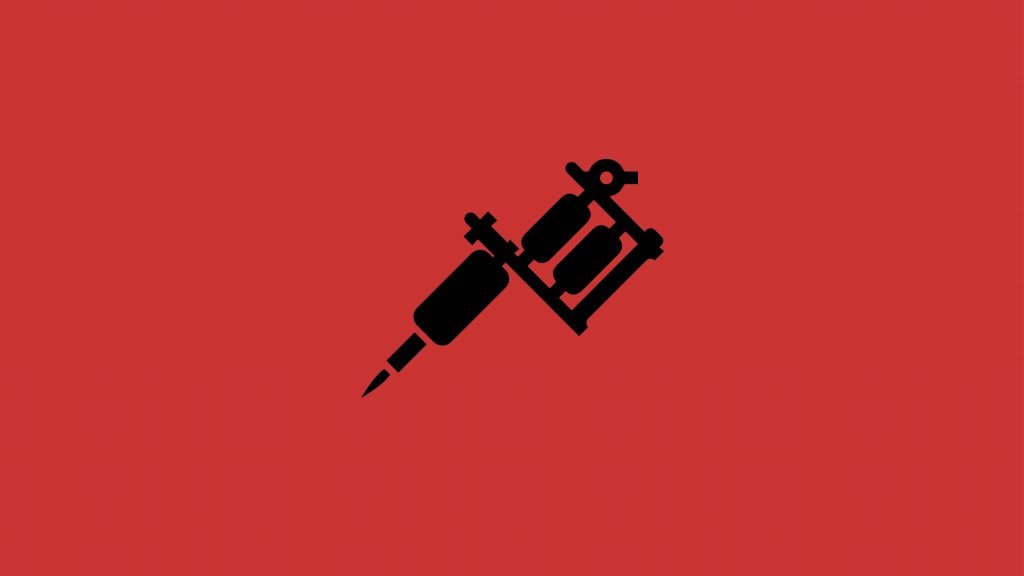 NEW YORK – April Pouchie has something to hide. It is just after 3 p.m. and she has just finished grinding and stuffing meat at a cooking school in Soho. She rushes uptown to the edge of the East Village and races onto a street lined with bars, liquor stores, smoke shops, and piercing studios – all the places that parents warn their kids about. The street is quiet. The stores and shops sport colorful neon lights and signage, but they look lifeless. It is the end of October, and there are more leaves on the ground than people on the sidewalks.

In the middle of the block, she climbs the staircase of a brownstone. She then opens the door and walks down a long hallway to the last room on the right. Inside, the place smells of alcohol and bleach but she already knows that because this is not her first time here. A man with long hair, wearing all black and covered in tattoos, welcomes her into his room. The man’s name is Humo Maya.

This is the second time they have met in this small room. The first time was only two days ago when she came to him for help getting rid of her past. The place is clean but decorated with dirty drawings of women in skimpy outfits. The room is almost too tiny for two people. But a big window looking out at the back yard and a large mirror by the door make the room feel a bit less claustrophobic.

Pouchie puts down her grey Jansport backpack in the corner of the room. With her hair already put up into a bun, she then takes off her light sweater and throws it onto a window seat. She is down to her figure-hugging navy blue tank top and tight grey leggings. She sits down on a black leather chair with her left arm placed on a raised armrest. Then she leans back, because she knows the routine.

“Are you ready?” Maya asks, as he pulls on a pair of white latex gloves. He cleans her skin with rubbing alcohol and then applies lube. Pouchie breathes in deeply and prepares herself for whatever is coming. He tears opens a package and takes out a row of fresh needles before inserting it on top of his purple tattoo gun.

On Pouchie’s upper left arm, there are two images on top of one another — the first image is of two intertwined human figures, the other is a portrait of a young man. The lines of each image crisscross her arm. The image of two bodies lies horizontally right in the middle of the man’s portrait. It is hard to make out what these two images are on their own.

“It’s actually an artwork from one of Picasso’s sketchbooks,” says Pouchie of the image of two embracing human figures. “I used to like it but now I don’t like it anymore,” she tells Maya. “I got it when I was 21 and I tried to pick something that was moving to me at the time.” She got her first tattoo done in her hometown of Miami.

“The artist didn’t even want to do it,” Pouchie says. “He had a fight with someone at the studio before he started tattooing me and I think he channeled that energy into this tattoo,” she says. “He messed up the drawing. It was badly done – the fingers were missing, the arms were disproportionate,” she says.

Maya shakes his head in disbelief.

“It’s not good at all,” Pouchie says of her tattoo. “I wanted to get it fixed so I went back to the place one week after and it was closed. He was gone!” she says. “I was devastated. For the past ten years, I have been wearing clothes to cover it up. I have always thought that it couldn’t be fixed.”

“Everything can be fixed,” Maya says.

“Actually cover-up happens quite often, especially with names,” Maya says. “There was one woman who came here to cover up her boyfriend’s name with flowers,” he says.

“You fixed her!” Pouchie says with an impressed smile.

When Pouchie says she is ready, it is like she is saying yes to the needles as well as saying yes to a new tattoo, yes to letting another tattoo artist put some permanent artwork on her body, yes to getting rid of the past that she has been hiding for so long, and yes to accepting whatever happens at the end of this tattoo session.

Maya dips the needles into a small plastic cup filled with black ink and steps on the foot switch, making the needles speed up and down and creating suction that draws the ink up. The machine creates a buzzing sound that competes with music blasting from his speakers, songs from The Rolling Stones, Jimi Hendrix, Def Leppard, Nirvana, and Rick James.

As Maya stretches Pouchie’s upper arm with his index finger and his thumb and presses the tip of the machine against her skin, the fast-moving needles break the skin and deposit black ink underneath with each stab. Maya colors in the black ink like he is drawing in a coloring book with a paint brush. He draws within the outline of the man’s portrait that he created for her two days ago.

“You feeling okay?” he asks as he works on an image of the young man on her arm.

“I’m good,” she says. “I like the feeling. It’s the strangest, sickest thing. But there’s a good vibration.”

“I’m glad when there’s a client like this that can deal with pain,” he says. “You never know what you’re going to get when a client walks in.” Pouchie smiles, while looking at his hands as he slowly moves the needles through her skin, creating a clearer image of the man’s portrait.

It is an image of a young Chris Cornell wearing his cap backward, looking directly forward, with a gentle smile, and his hair curling down on his left shoulder – a studio portrait taken by Karen Mason-Blair. Cornell was a lead singer for Soundgarden and Audioslave. “I found the image on Google,” Pouchie says. “I like it because of his smile and I think everyone that sees this will smile too.”

“He committed suicide in May,” she adds. “Also I like the bands so that’s why I chose the tattoo.”

“He looks Middle Eastern. Are his parents from there?” Maya asks, as he starts adding details to Cornell’s face, while checking the printout of the photo sticking on the wall beside him.

“No I don’t think so. I know he’s part Irish and from Seattle though,” Pouchie says.

It has been four hours since the start of today’s session. The sky outside is dark. Pouchie changes from looking outside the window every now and then to looking at her phone.

“This is something you might want to read,” she says to Maya as she stumbles upon a news article on Facebook. “There’s a company that will take the tattooed skin off a dead person and put it inside a frame,” she says excitedly.

“That’s so strange. Just let the person go!” Maya says. “This is aimed at who?”

“I think it’s for the family,” she says. She reads aloud from the article. “Preservation takes two months,” she says.

“Imagine if your whole body is tattooed, that’ll be a lot of work. There won’t be any skin left in the casket!” she says before moving on to her Instagram.

Maya switches the needles to a smaller set to add fine details with white ink: Cornell’s curly hair, subtle smile and gentle glance. As he traces the lines on Pouchie’s skin, she winces.

“Small needles hurt more,” she says, and then sucks in air between her clenched teeth. “It makes me jump more.”

“Adding the white ink is very important to me,” Maya says. “Otherwise it will look flat.”

As Maya works on the details of Cornell’s snapback cap and his chain necklace, Pouchie’s skin starts oozing plasma that covers the entire portrait. It looks as if Cornell is sweating. His image comes alive on her arm. After almost six hours, the portrait finally covers the entire tattoo of Picasso’s drawing.

“We’re almost done,” Maya says to Pouchie. He begins to clean off excess ink from her skin with green soap and wipe it off with a paper napkin.

“Oh my god! It’s on fire!” Pouchie shrieks. As Maya pours more green soap on the tattoo, she kicks her feet up and down, exhales, mouths “holy fuck,” and closes her eyes.

“It’s totally worth it,” she convinces herself. “Mmmmmmmmmm…,” she hums like she is trying to drown out her thought about the pain.

“I’m going to add some finishing touches,” Maya says. He picks up another set of needles with grey ink to add some contrast to the portrait. He finishes up the tattoo, working on details around Cornell’s lips. Aware that Pouchie dislikes the green soap, he says: “I’m going to clean it up. Sorry, this will be the last time.”

“Fuck!” Pouchie jerks as he pours the soap over her skin. “It hurts more than the damn tattoo needles,” she says. “I might skip school tomorrow,” she says to Maya. “I don’t know. I still don’t like to miss class but we’ll see,” she says before blowing on her tattoo, trying to deal with the pain.

“You’ve been really good,” Maya says as he finishes cleaning his artwork.

“I’m a tough cookie,” Pouchie laughs. She gets up from the leather chair and walks in front of the mirror to check out her new tattoo.