It Must be a Full Moon 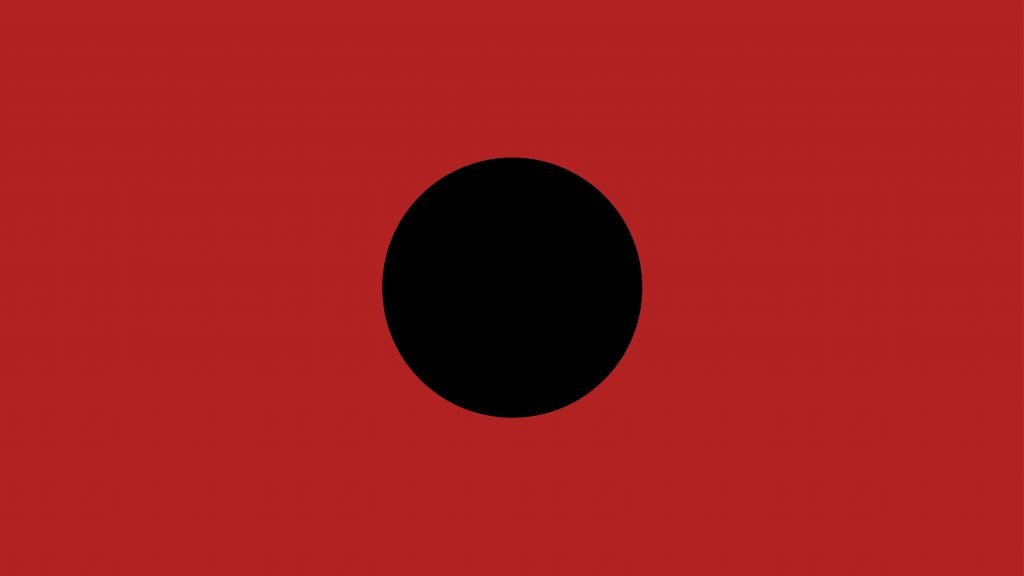 KOH PHANGAN, Thailand – Lewd lovers having sex on a beach full of trash, frisky couples kissing under coconut trees, intoxicated teens passing out face down in the sand, stoned party animals urinating into the sea, and drunken partygoers sipping the last drop of alcohol from the bucket are usual aftermath of Thailand’s Full Moon Party.

Trash, empty bottles, used buckets, and drunkards remain scattered along a two-kilometer-long beach. It is a contrast to what happened the night before.

During the night of the full moon, people dress up in neon colored clothes and turn themselves into walking graffiti with iridescent paint on their bodies. Alcohol is sold in small buckets mixed with strong caffeinated drinks. Mushroom, marijuana and other drugs are readily available.

Flashing lights and beaming lasers light up the night sky. Loud speakers blast out remixes of electronic hits with boosted bass. The smell of burning fuels and of marijuana fills the breezy air. The beach becomes a giant dance floor with the moon features as a disco ball.

The Full Moon Party is the biggest monthly beach party that draws tens of thousands of people to Koh Phangan every month. The party is held in the area of Haad Rin Nok or Sunrise Beach on the southeastern cape of the island in southern Thailand. Hundreds of stalls selling alcohol and laughing gas are set up along the beach. Every bar plays music at its highest volume. And people party from dusk until dawn.

No matter how it happened. It has evolved from a small get together party to a big dance music rave fueled by alcohols and drugs. Unlike Alex Garland’s The Beach, where secrecy is valued, words about the party got out. After almost three decades and 360 full moons, the party grows larger and wilder through words of mouth. “I heard people talked about how amazing it is and it made me want to come here,” said a Canadian backpacker, who has been partying all over the world.

Whether or not the moon has an effect on people’s behavior, the party is wild. Over the years, it has taken many lives and injured many partygoers. Incidents involving intoxication, dehydration, burns, cuts, fights, and thefts are common. There are also reports of rapes and deaths from alcohol-related accidents, and drownings.

The party notorious for being dangerous is now being more strictly regulated by local authorities. Koh Phangan Police Department and the Haad Rin Business Association have made efforts to make the event safer. 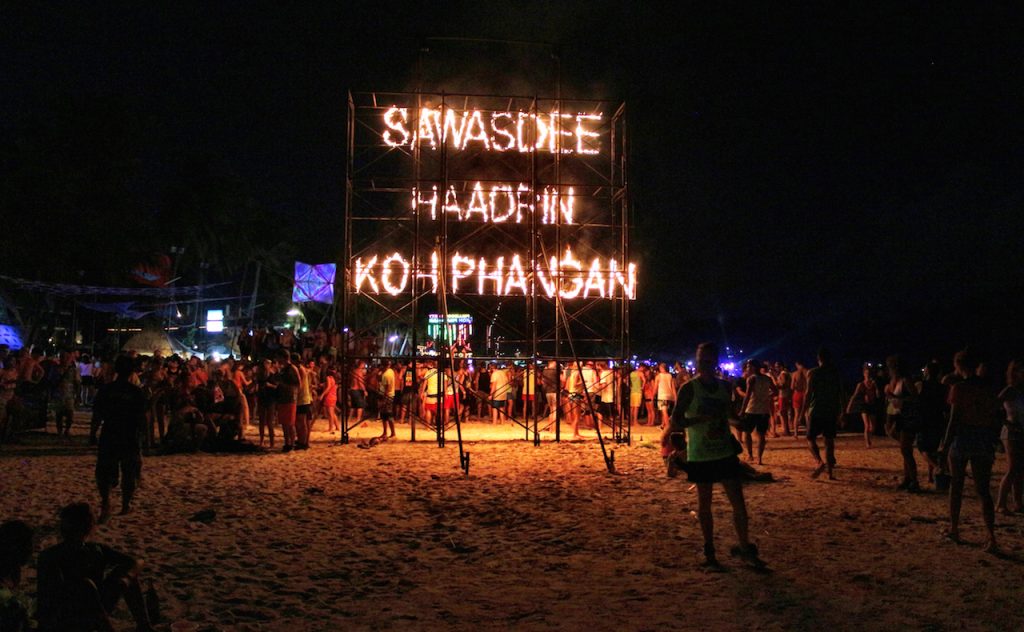 “The police force is more strict and careful during the party,” Police Colonel Prachoom Ruengthong said. He explained that problems usually occur when tourists are too drunk and do not take care of themselves and their belongings. “I saw a guy falling off a raised platform and cracked his head opened because he was too drunk,” Christina from Australia said recounting her experience.

“The association helps the police in taking care of the partygoers because there are far fewer police compared to the number of tourists,” Boonprasob Tuaycharoen said. “We have given the police two walk-through metal detectors to screen for weapons at entrances to the party area,” said the head of Haad Rin Business Association.

“We try to reduce crime and make it less violent,” Boonparsob said. Police keep the area under surveillance three days before and after the event. CCTV cameras have been installed around the area as well. “There are fewer incidents of thieves breaking in to the hotel rooms,” said Nok Suwanchai, the manager of a bungalow on Sunrise Beach.

Police have regularly assessed their plan to tackle drug problems. “We found that drug dealers do not sell drugs to Thai people so we use foreigners in undercover operations,” said the superintendent. According to the police, the most common drugs at the party are marijuana, MDMA, and cocaine. Drug-related crime is punishable by imprisonment and death under Thai law.

In an effort to clean up the image, Haad Rin Business Association has asked vendors to refrain from using vulgar language on their signage, which was common in the past.  A sleep area has been set up on the beach to provide a safe resting spot for partygoers. The money collected as an entrance fee has been used to clean up the beach the day after. The association also pays for emergency transportation for people who need medical attention in Koh Samui, a larger island nearby.

“There is a decrease in number of charges per full moon night,” the police chief said. On average, personal crime has fallen to from seven to three charges per night and drug crime to seven from more than ten, he said.

Theo, who has been to the party twice, thinks that the control is not obvious and feels that the party itself has not changed. “I don’t feel that the police is presence so it is still fun,” the student from France said.

The party continues to draw a growing number of people from all over the world despite a tighter control from local authorities. “The fact that they try to make it stricter does not necessarily lower the fun,” Denise from Germany said. The party still brings in more than 30,000 visitors each full moon. The crowds are mostly of foreign nationals with British, German, French and Australian topping the list of most visited nationalities.

Located in the Gulf of Thailand, Koh Phangan is the fifth largest island in Thailand similar in size to Liechtenstein and Aruba. The island is a haven for partygoers and is known for its nightlife. In addition to Full Moon Party, the island also hosts Half Moon Festival, Black Moon Culture, Jungle Experience, Sramanora Waterfall Party, and Open Air Muzix Festival. These outdoor dance music events are held every month throughout the year.

The Full Moon Party on the night of September 8 witnessed the last supermoon of this year. The next date for the party on Koh Phangan is October 8. The biggest events will be held at the end of this year celebrating Christmas, New Year’s Eve and the first Full Moon Party of 2015 on January 4.

A version of this article was published by dpa international on September 10, 2014 with the headline: Sex and drugs on the beach: full moon on Thai party island. The article appeared in print on September 10, 2014 on page 12B of The Nation with the headline: Madness under the moon and appeared online in various publications. A German and Spanish language version of this article appeared in various German and Spanish publications, including Der Spiegel and Tiempo de Hoy.