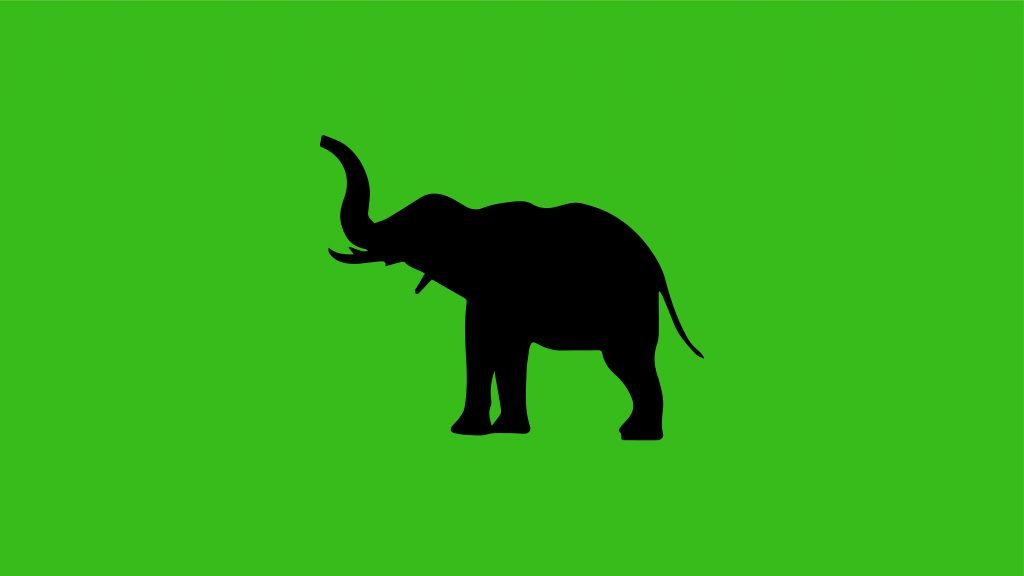 BAN TA KLANG, Thailand – A small village that bills itself as having the world’s largest number of domesticated elephants is determined to keep its traditions alive.

Praethong, a 20-year-old elephant, would be an unusual house pet outside her hometown of Ban Ta Klang in northeastern Thailand.

But in the small rural village in the rice-growing province of Surin, her 4 tonnes of bodyweight, inquisitive trunk and daily appetite for 400 kilograms of foliage are a common sight.

Praethong, meaning golden silk, was one of 269 elephants attending a feast Friday in the provincial capital, also called Surin. The event has previously set a record for the world’s largest elephant buffet.

Back home she lives among the village’s 210 elephants. She was born into a long line of elephants belonging to a family in the village, where around a third of households keep pet pachyderms.

Most villagers in Ban Ta Klang are of ethnic Kuy descent, whose ancestors were skilled at catching wild elephants and training them to fight or work.

The community is proud of its tradition of elephant husbandry. But they are not treated like normal, smaller, pets and critics have raised concerns about the animals’ psychological and physical health.

“These elephants are chained up all day,” says Tina Blessers, a Belgian zoo elephant veterinary nurse, who is staying at the village for a week. “It can make them depressed like that one,” she says, pointing at one of the elephants nearby rocking back and forth rhythmically.

Wild elephants spend most of their day foraging and studies suggest that the lack of such opportunities can contribute to the meaningless repetitive movements among captive individuals.

“They should get to do things that are in their nature like roaming around freely,” the veterinary nurse says.

“This is natural for them because they are born in captivity and are used to being chained,” he says, adding that the chains are usually long and allow elephants to move around.

“We tie them not to torture them but to prevent them from wandering off to other people’s properties, eating their crops or hurting them,” he says. “We live in a community so that is our responsibility.” 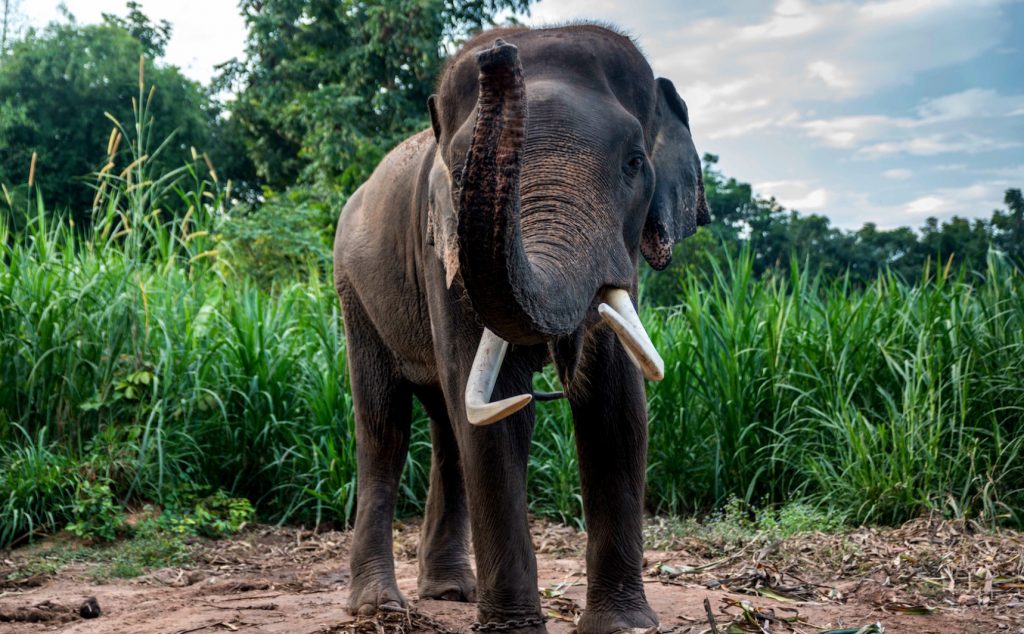 The process of elephant training and the use of bullhooks – a stick with a sharp metal hook used to prod an elephant – also raise concerns.

“Training hooks and bullhooks can potentially injure elephants if used with force,” says Worachot Buddee, who has worked with the community for four years on behalf of the Surin Project elephant welfare group to improve the living conditions of the animals. “Over the years I saw a few elephants with bruises from those hooks.”

“We teach elephants tricks by using food, orders, gestures and repetition,” says Chatree Salangam, the owner and mahout of Praethong, whom he raised since she was born. “Force is used only when necessary, not randomly.”

“I used sharp hooks the first few months I trained her so that she would remember the tricks but not since, because she learned fast,” he says, while signalling Praethong with his hand to raise his daughter up in the air with her trunk.

Praethong and most of the elephants in the village work at the village’s elephant centre, performing tricks such as painting and throwing darts, and offering rides to local and foreign tourists.

Animal welfare advocates have criticised the use of elephants by Thailand’s tourism industry, but headman Pakit denies the animals in the village suffer.

He set up the government-backed centre in 1995 to halt elephant street-begging. Until around 10 years ago, elephants were common roaming the streets at tourist spots, as their mahouts would sell visitors pieces of fruit to feed to the animals.

During late 1990s, Chatree and Praethong were begging in Chiang Mai for money to feed Chatree’s family, including Praethong herself.

But when the centre was established they returned to the village, like many other mahouts and elephants.

“We are not like other elephant tourist camps, we do this because we love our elephants,” Pakit says.

For each registered elephant, the mahouts get a monthly salary of 10,800 baht (300 US dollars) from authorities on top of the money made from tourists, he adds.

The elephant’s main staple is bana grass, which is locally grown by some villagers and costs 2 baht per kilogram. Elephants eat around 10 percent of their bodyweight daily, with adults weighing 2 to 5 tonnes.

“The centre supports the community – the mahouts and the elephants,” Pakit says. “So we can continue raising elephants like we have been doing for centuries … it’s part of who we are.”

Chatree says he learned how to train and raise elephants from his parents and grandparents and he is teaching his 18-year-old daughter the techniques to prepare her for Praethong’s calf due to arrive in less than two years.

“I love her,” Chatree says, caressing Praethong with his hand while his daughter is on her back. “I don’t think I can live without her.”

A version of this article was published by dpa international on November 20, 2015 with the headline: Thai village proud of elephant pet tradition. The article appeared in various publications, including Khaosod English and Dalje. A German language version of this article appeared in print on November 20, 2015 on page 13 of Salzburger Nachrichten with the headline: Ein Dorf mit ziemlich dicken Freunden. It also appeared in various German language news websites.