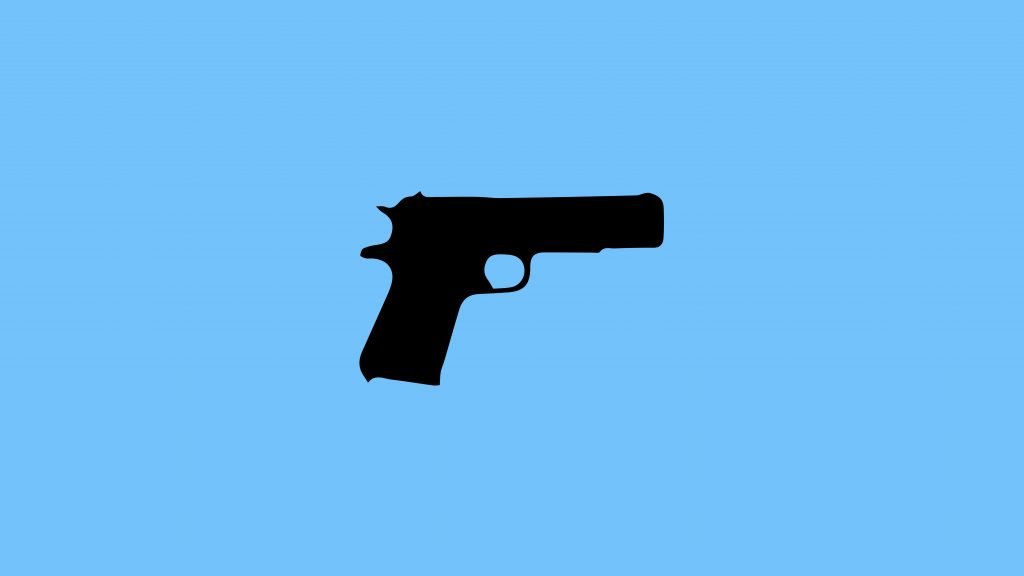 BANGKOK – With the region’s highest rates of gun-related homicides and gun ownership, Thailand faces problems that are often overlooked in a country known to tourists as the land of smiles.

A 10-minute walk from Bangkok’s Chinatown and the Grand Palace is a 300-metre-long road that, like many others in the city, is lined with one store after another selling similar products.

But Burapha Road is unlike other streets in the Thai capital because it is the largest legal gun market in the country, with nearly 100 stores openly displaying firearms in their windows under signs clearly reading “gun” in Thai.

Thailand’s high rate of gun-related deaths is at odds with the Buddhist-majority country’s promotion of itself as a beautiful kingdom with loving and smiling people to welcome tourists.

The country has the highest reported rate of gun-related deaths in the Asia-Pacific region and, along with the Philippines, has higher levels of gun violence than the United States.

There were 7.48 gun deaths per 100,000 people in 2013, according to the University of Washington’s Institute for Health Metrics and Evaluation, more than a third higher than the Philippines and more than twice as high as the US.

These statistics contradict the country’s popular image and its strict gun laws, which require that buyers obtain a permit, meet job and income requirements and pass criminal background and mental illness history checks.

Gun owners in principle need an additional permit for concealed carry, and open carry is prohibited in Thailand.

The gun market is strictly controlled, with quotas and hefty taxes on gun imports and bans on military-grade or fully automatic weapons. Only firearms with .45 calibre or less can be sold to civilians.

One of the reasons for such contradictions, said security analyst Anthony Davis, may lie in Thailand counting gun deaths from the ongoing insurgency in the southern border provinces as part of the country’s gun crime statistics rather than as deaths from war.

However, even if the death toll of 574 – from all causes not limited to guns – from the deep south in 2013 were subtracted from the country’s total gun deaths, Thailand would still have a rate of 6.62 deaths per 100,000 people, the highest in the region.

“Thais are not trigger-happy and they usually avoid confrontation,” the Bangkok-based analyst said. “But because there are plenty of guns here, when they snap, it can get violent.”

Several studies have indicated a correlation between the rates of gun ownership and gun-related deaths.

Many gun owners said that although Thailand’s laws are strict, it is not difficult to legally obtain a gun, provided that one meets the requirements. But it appears the majority of guns in the country are obtained illegally.

There are estimated to be around 3.8 million licensed guns and 6 million illegal guns in Thailand, said Swiss-based Small Arms Survey, close to the University of Sydney’s Gunpolicy.org estimate of 10 million privately owned guns.

This means there are 15.6 firearms per 100 people, the highest gun ownership rate among Asian countries, excluding Middle East states.

“Strict gun laws do little in curbing gun violence because people who intend to do bad things will get guns illegally,” said Thititorn Bupparamanee, a gun store manager.

The Interior Ministry supported this claim, saying most guns used to commit a crime were not registered and were obtained illegally. Common incidents involving guns include personal feuds, business disputes, gang fights and armed robberies, mostly among locals.

Guns were by far the most common weapon used to kill – three times more common than sharp objects, the second most common weapon. According to the World Health Organisation, 66 percent of homicides in Thailand were committed with firearms.

Every two hours in Thailand at least one person dies in a gun-related homicide, suicide or accident.

On Burapha Road, a Thai couple casually inquired with a shopkeeper in front of the store about a gun their friend recommended, while their young son looked curiously through the shop window.

The boy pointed at a handgun and said to his mom: “This one looks really cool.”

A version of this article was published by dpa international on July 12, 2016 with the headline: Killer smile: Thailand’s troubling gun culture. The article, both English and German language versions, appeared in various publications.